Where Norway Checks the Gold Price 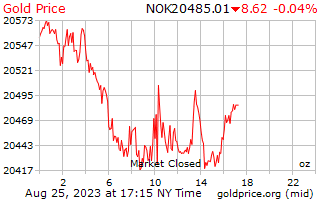 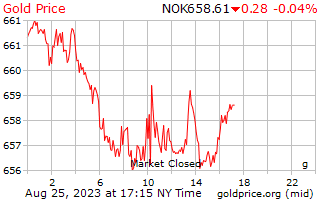 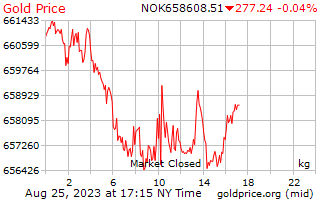 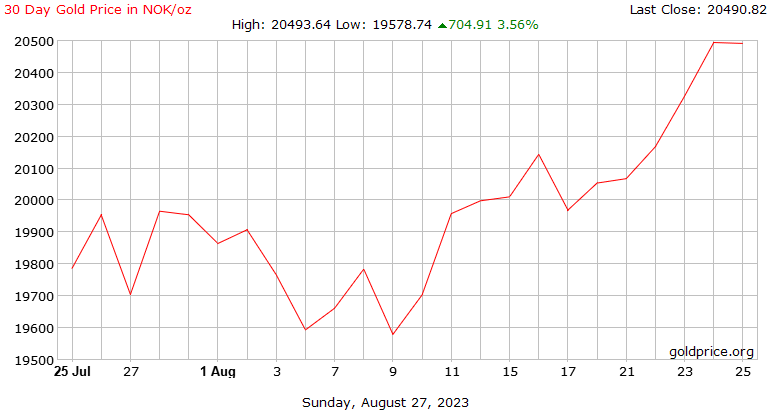 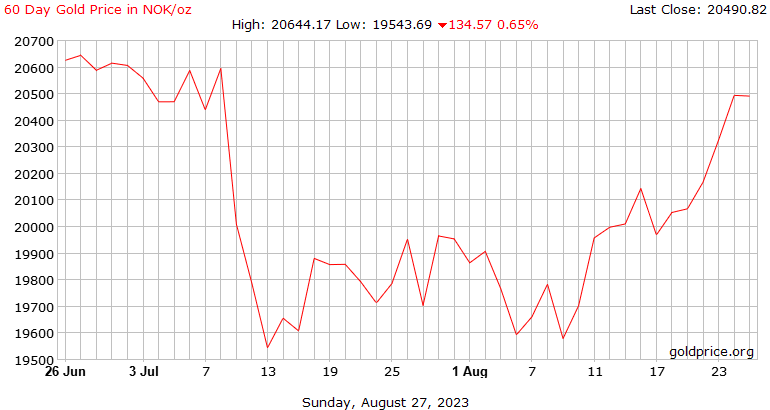 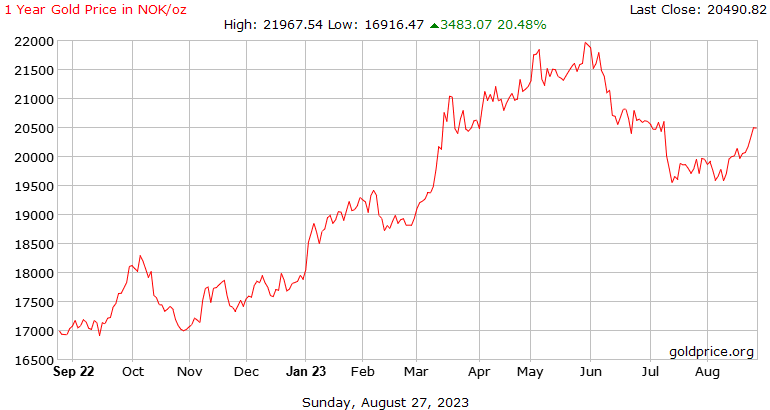 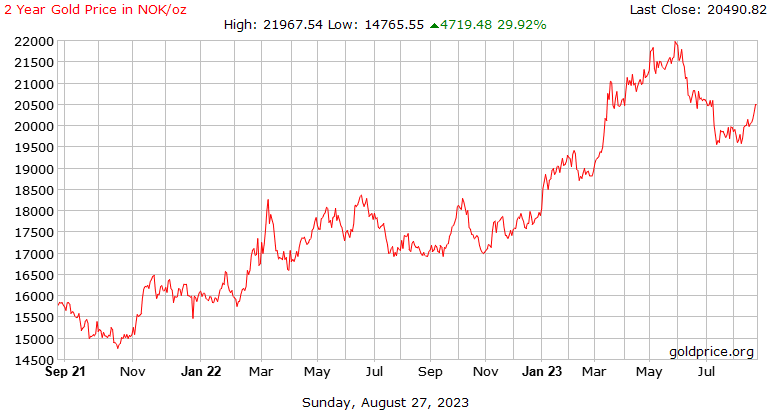 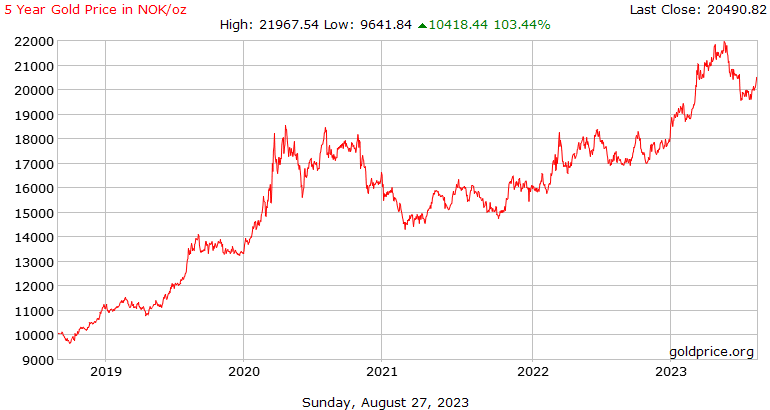 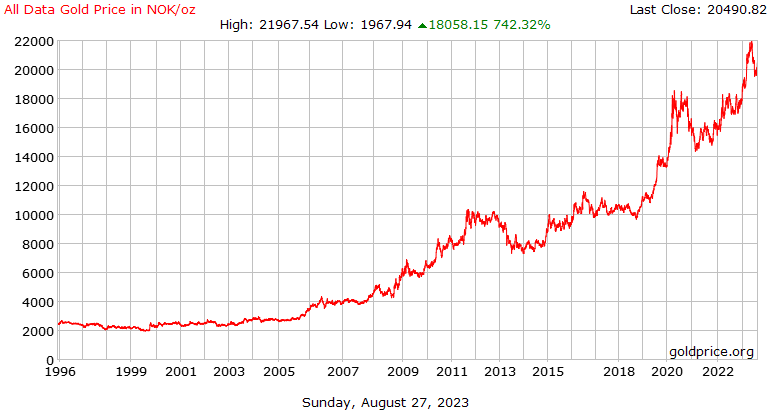 All Data Gold Price History in Norwegian Krone per Ounce

Norway is a Scandinavian country officially known as the Kingdom of Norway. The country’s government is a unitary parliamentary constitutional monarchy, and its capital city is Oslo. The country covers an area of over 148,700 square miles, and has an estimated population of over 5.2 million. The nation borders Sweden, Finland and Russia, and has an extensive coastline.

The official currency of Norway is the Norwegian Krone. The currency is legal tender not only for the mainland, but for the country’s dependent territories as well. While the krone can be subdivided into 100 smaller units of currency, such units have existed only electronically since 2012. The term krone means crown in English.

The krone was introduced in 1875 when it replaced the Norwegian speciedaler. Once this replacement took place, the nation joined the Scandinavian Monetary Union which had been established just two years prior in 1873. The union was not in place too long, however, and ceased to exist in 1914. Once the union was dissolved, Norway, Denmark and Sweden all elected to keep the names of their respective and separate currencies.

When the krone was part of the Scandinavian Monetary Union, it was on a gold standard. The kroner/gold standard was reinstated on multiple occasions, until it was permanently abandoned in 1931.

The Norwegian Krone is issued and controlled by the country’s central bank, the Norges Bank. The central bank not only manages the nation’s currency, but also is tasked with maintenance of monetary and price stability. In addition, the Norges Bank also manages the Government Pension Fund of Norway, reportedly one of the world’s largest sovereign wealth funds. The central bank is headquartered in the nation’s capital of Oslo, and was established in 1816.

The Royal Norwegian Mint was founded in 1686 as part of Kongsberg Silverworks. It was taken over by the Norwegian Central Bank in the early 1960s, and eventually became a private company completely owned by the central bank. In 2003, the mint’s shares were sold off to two separate companies.

Although Norway is not a significant producer of gold, it has produced the metal since the 17th century. In fact, some geologists reportedly believe that the country could have significant gold reserves in the rock that is a major part of the nation’s landscape.

The first active gold mine in Norway dates back to 1758 in the Eidsvold region. Gold was found in other areas of the country as well, primarily as a byproduct of other mining operations. In fact, Norway did not have a mine that was predominantly a gold producer until 1985.

Panning has also been an important part of gold discoveries in the nation. The metal has been prospected in the Finnmark Plateau region since 1866 (possibly even earlier), and consists primarily of small flakes and sands. There have, however, been some decent-sized nuggets found occasionally as well.

Norway could potentially see increasing gold production in the years and decades ahead, as numerous large mining companies explore the possibility of building mines in parts of the country.