Where Philippines Checks the Gold Price 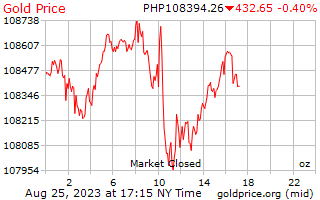 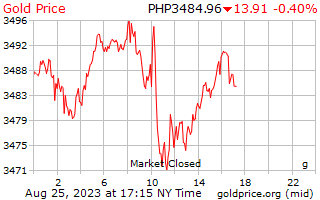 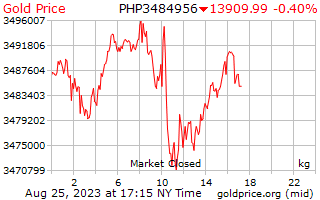 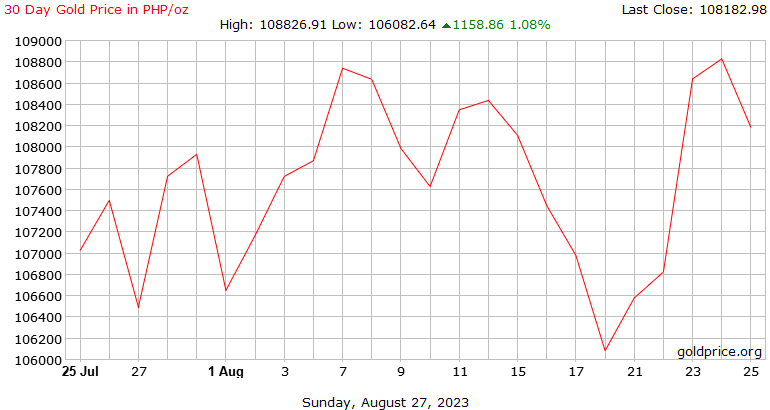 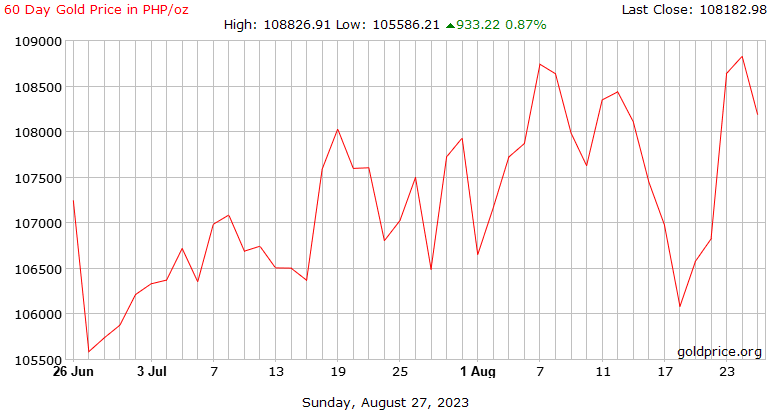 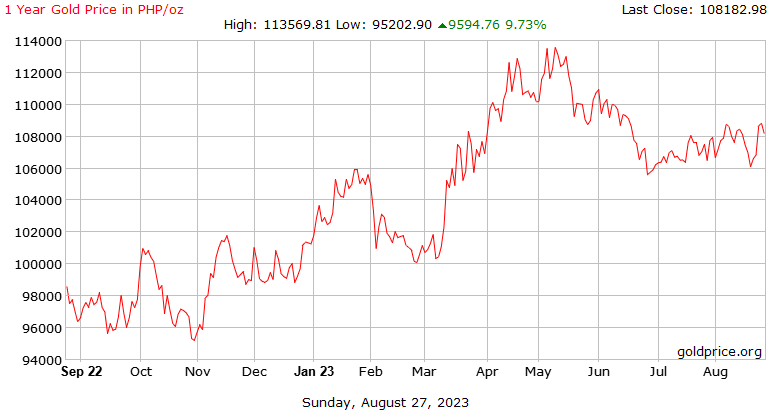 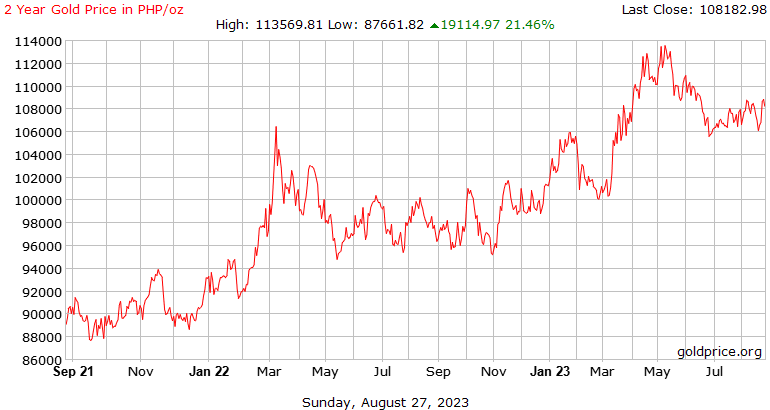 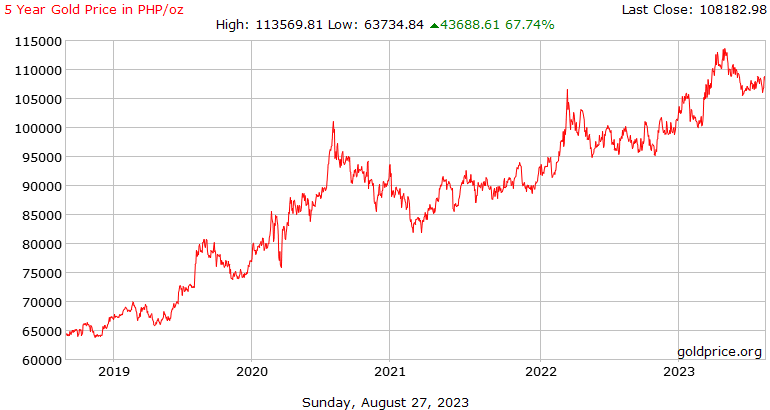 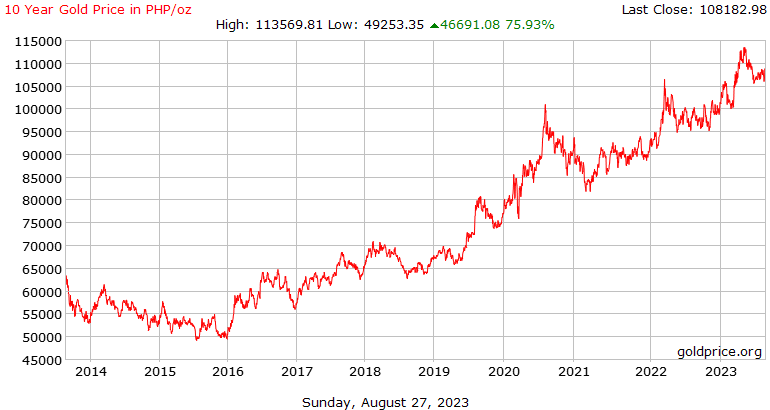 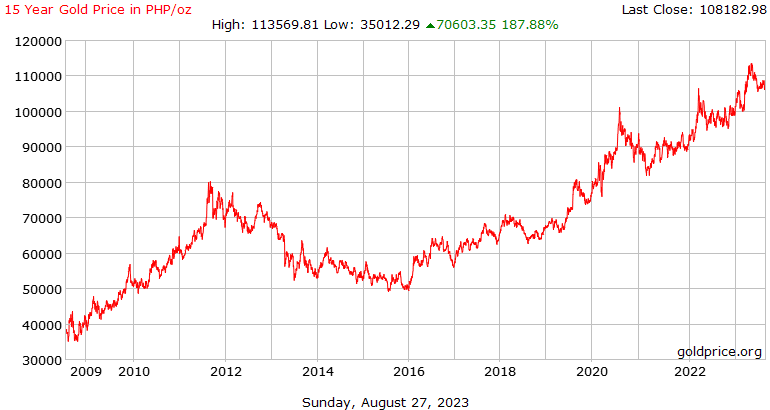 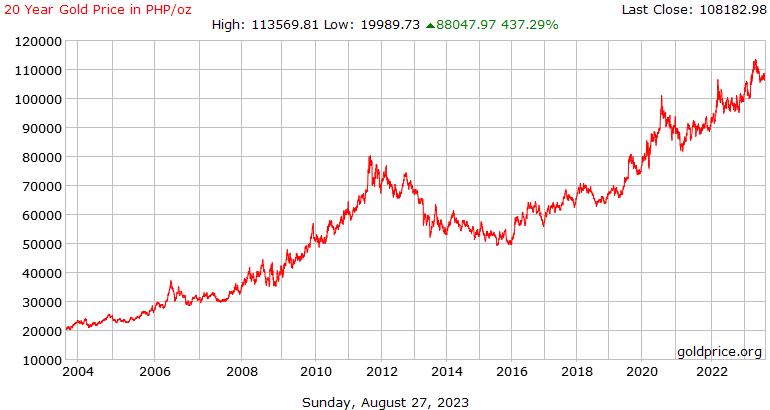 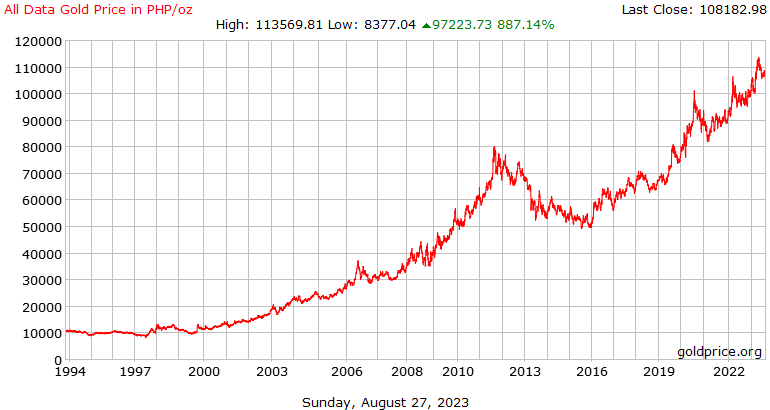 All Data Gold Price History in Philippines Pesos per Ounce

The Philippines is officially known as the Republic of the Philippines. The nation is an island country located in Southeast Asia, consisting of over 7600 islands. The capital city of the country is Manila, and its most populous city is Quezon City. The Philippines has two official languages: Filipino and English. There are also numerous other recognized regional languages spoken in the country. The Philippines Government consists of a unitary presidential constitutional republic. The nation declared its independence from Spain in 1898. The nation’s land area covers approximately 120,000 square miles and it has a population of around 100 million.

The official currency of The Philippines is the Philippine Peso. Like many other global currencies, the peso can be subdivided into 100 smaller units of currency called centimos. Because The Philippines is a former U.S. colony, it used English on its currency with the word “peso” appearing on its coins and banknotes until 1967. The term “piso” is now used, as the currency uses the Filipino language now. Philippine coins and banknotes are minted and printed at the Security Plant Complex of the nation’s central bank in Quezon City.

If you are looking to buy gold in The Philippines, you will likely see prices quoted in the local currency. Prices may also be available in other major global currencies such as U.S. Dollars, euros, Japanese Yen or Great British Pounds. Gold is usually quoted by the ounce, gram or kilo and sometimes in other local measures of weight.

The Philippines is reportedly one of the most mineral-rich countries in the world for gold, nickel, copper and chromite. In recent years it was estimated that the nation had some $840 billion in untapped mineral wealth.

In 2016, the nation’s mining industry employed some 236,000 workers. The country recently had about 40 metallic mines and 62 non-metallic mines operating.

The Philippine economy is ranked as the 34th largest in the world by nominal GDP. The Philippines is an emerging market, and is one of the richest nations in Southeast Asia by GDP per capita. The main areas of industry in the nation include rice, fishing, electronics, shipbuilding, textiles, business process outsourcing and more. The country’s main export partners include China, The U.S., Japan, Singapore, Germany and others.

The Philippine economy has been projected to become one of the largest in Asia and the world by 2050. Strong economic growth could fuel demand for gold as an investment and for jewelry-making purposes.