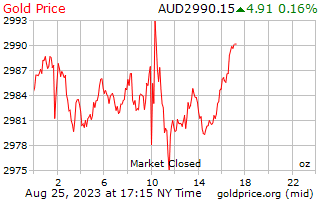 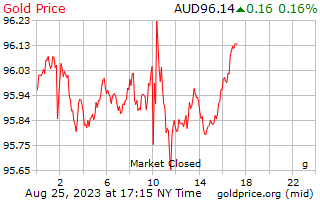 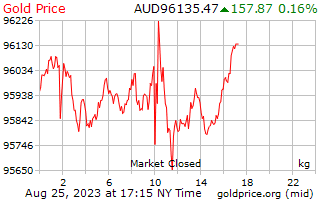 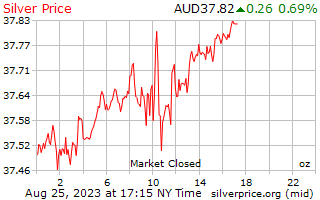 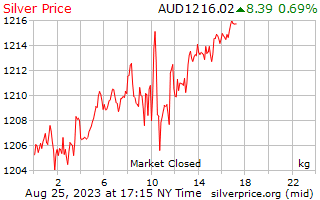 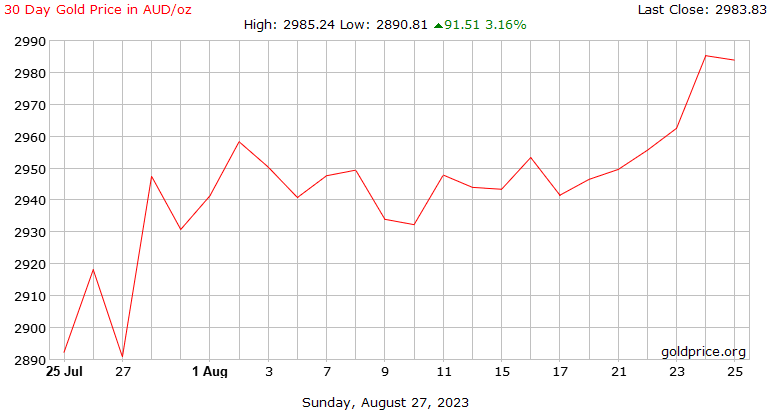 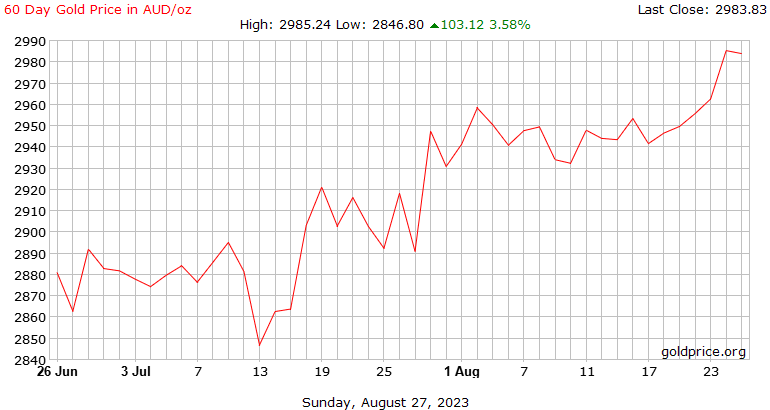 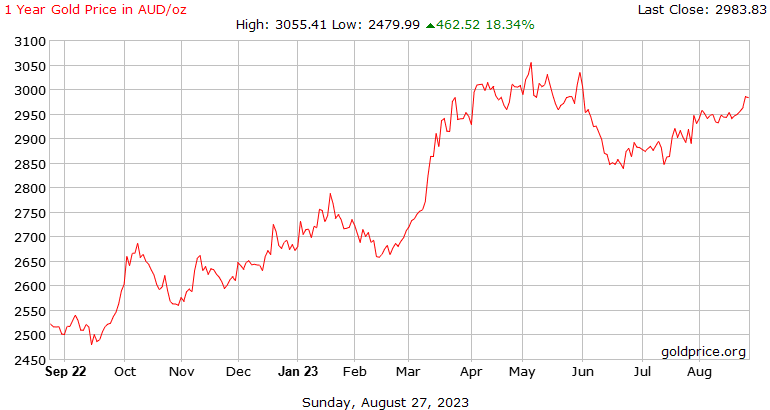 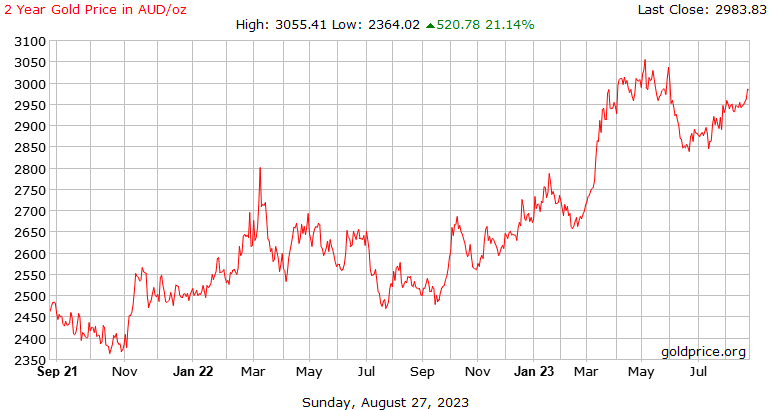 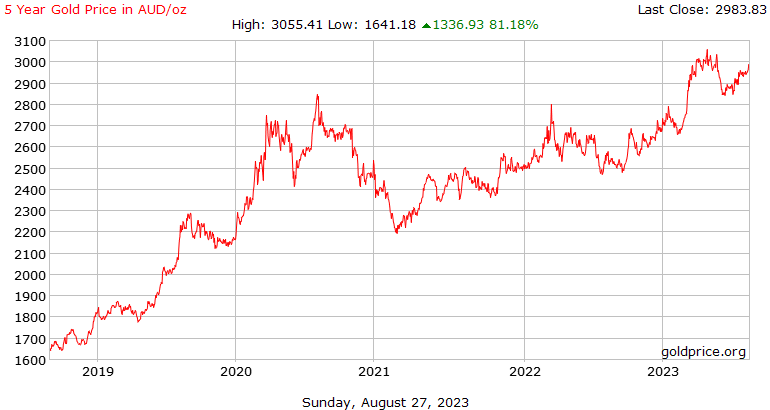 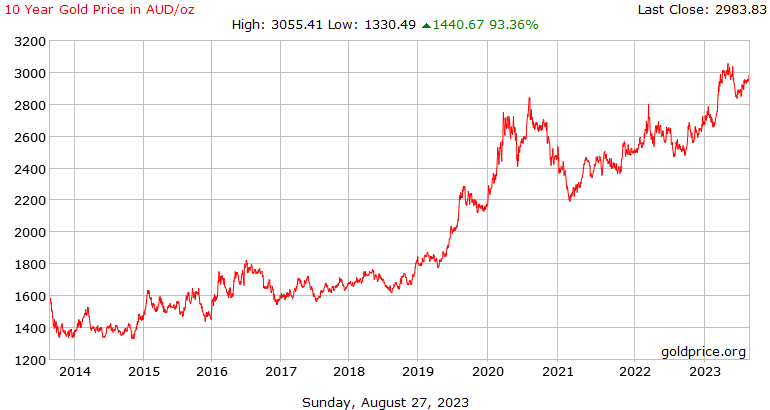 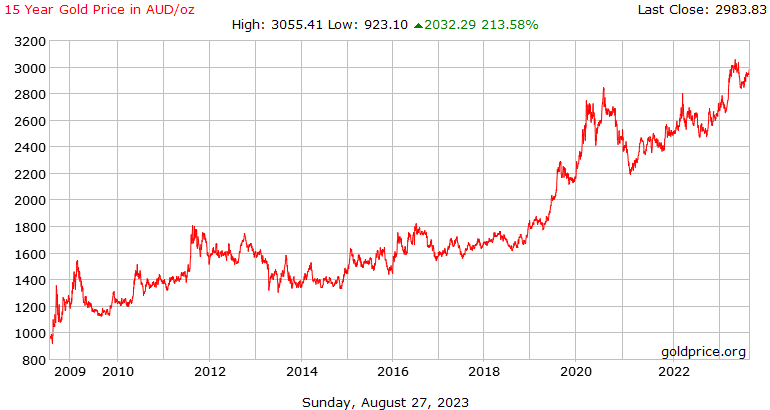 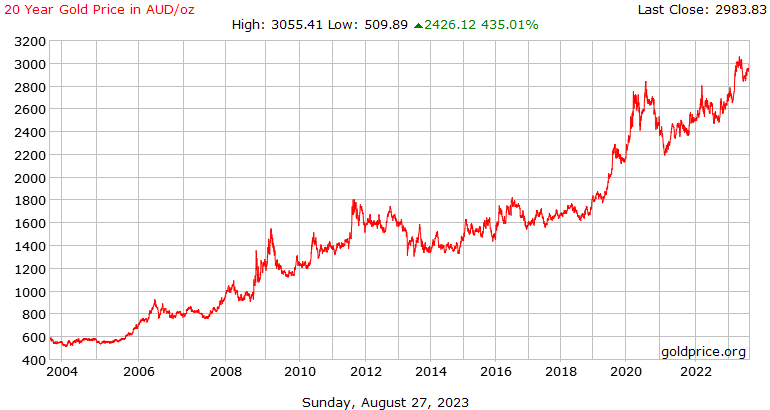 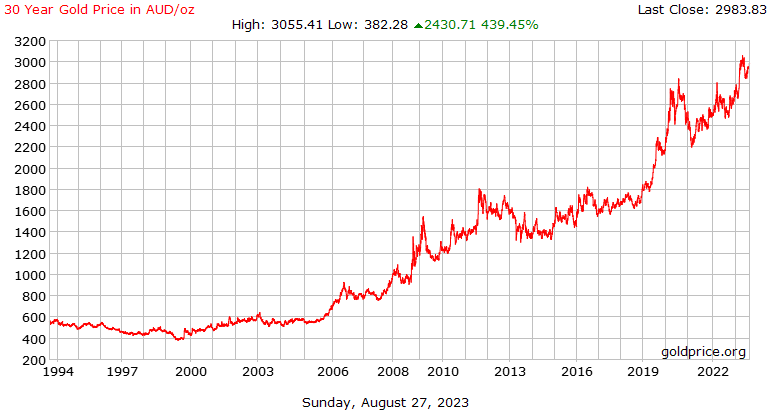 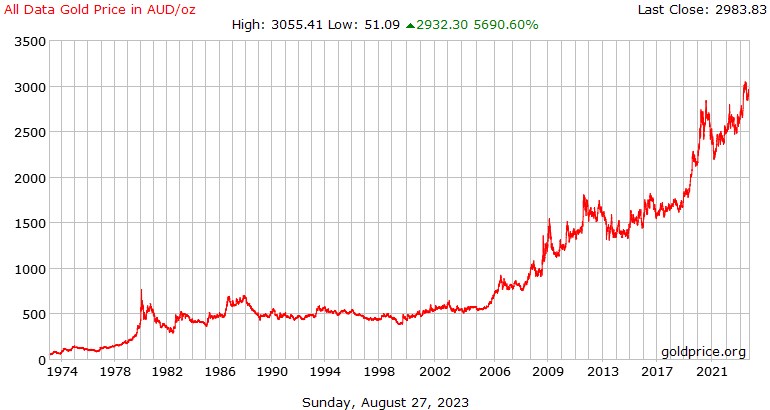 If you are looking to buy gold in Australia, you will likely see gold prices quoted per ounce, gram or kilo in the local currency, Australian Dollars. Australian fabricators produce a number of highly popular coins, bars and other products.

Australia is rich in scenic beauty, wildlife and natural resources. Gold mining in Western Australia dates back to the 1880s, although the industry really starting gathering steam in the 1890s after gold discoveries at Coolgardie and Kalgoorlie. The gold mining industry in Australia has seen some ups and downs over the years, originally peaking in 1903. The industry saw further interest again in the 1930s and 1980s.

Australia produces many different gold ingots, coins and other products. The Perth Mint is a world-renowned producer of these products and makes some of the nation’s finest gold bullion coins. The Perth Mint is Australia’s largest precious metals enterprise, and it provides gold, silver and platinum products to markets all over the globe. The mint is one of Western Australia’s largest exporters, distributing some $18 billion worth of gold bullion bars and coins to investors in over 100 countries each year.

The Perth Mint has built a well-deserved reputation for quality, craftsmanship and beauty. Many of the mint’s coin products look to celebrate the nation’s wildlife, and these coins feature not only fantastic designs but true artistry.

The Perth Mint Australian Gold Kangaroo series and the Perth Mint Australian Gold Koala series are two excellent examples of the high quality standards and beauty the Perth Mint has become known for. One of the nicest things about gold bullion coins from Australia is the fact that many come not only in the standard 1 ounce weight, but in fractional weights as well. A 1/10th ounce gold coin, for example, may be relatively more affordable for smaller investors or those on a tight budget.

Some Australian gold coins are available not only in bullion version but in proof version as well. Proof coins tend to have a much sharper overall appearance as they are struck twice whereas bullion coins are struck only once. In addition, proof coins are typically stored in boxes, sleeves or protective cases that may protect their finish and keep them looking brand new for years or decades to come.

If you are looking to buy as many ounces of gold as possible, gold bullion bars may provide the best value. Bars can be produced at a lower overall cost to fabricators than coins, and may offer the lowest per-ounce premiums.