Where Serbia Checks the Gold Price 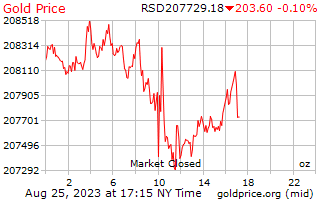 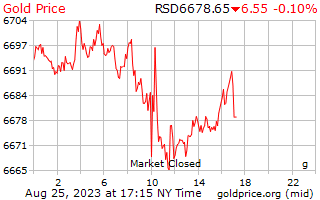 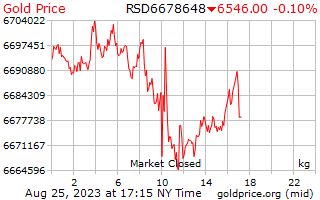 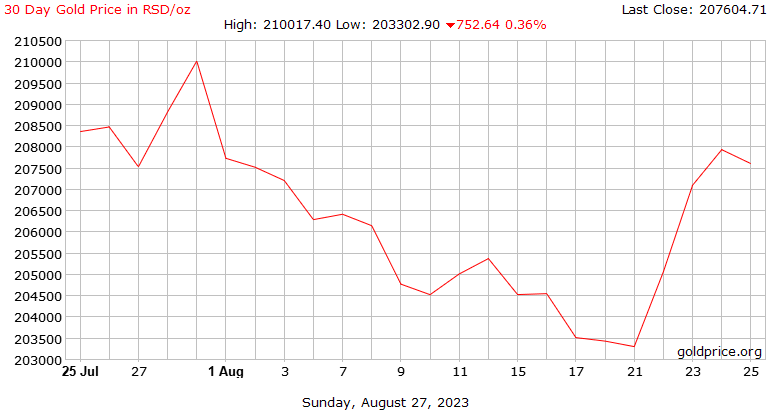 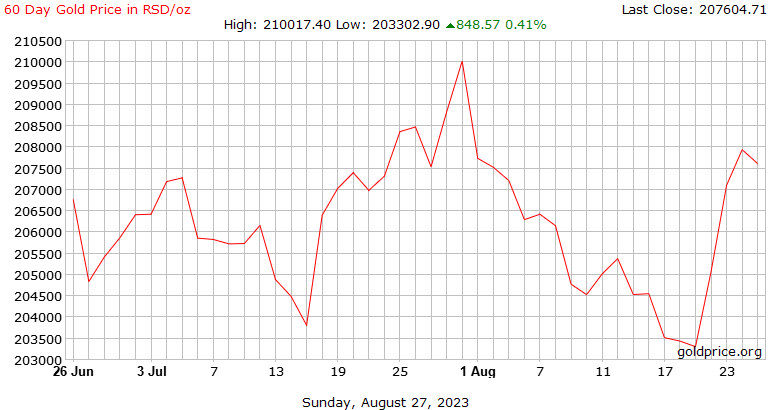 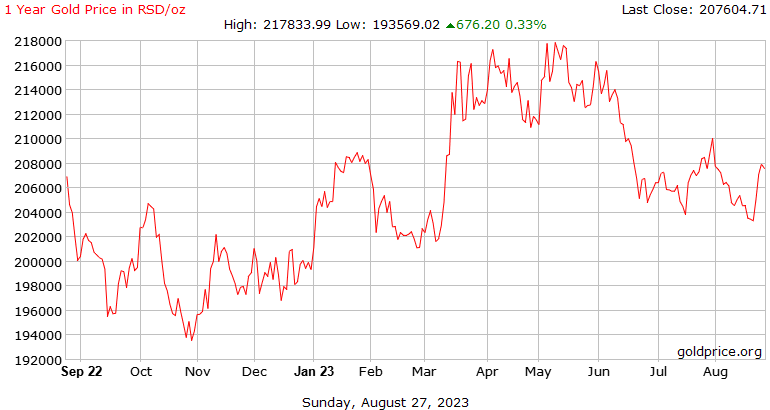 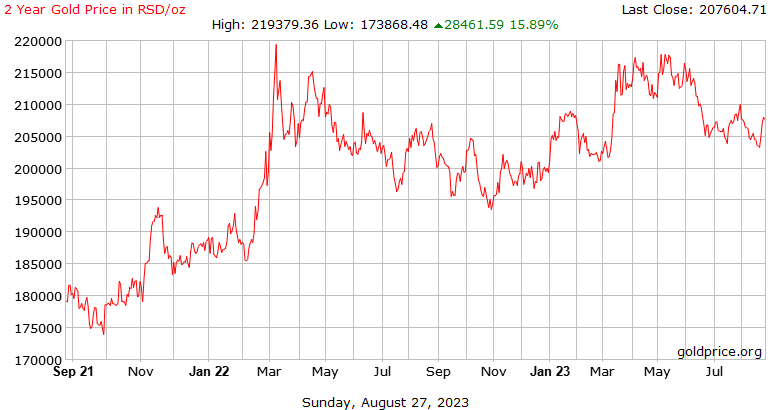 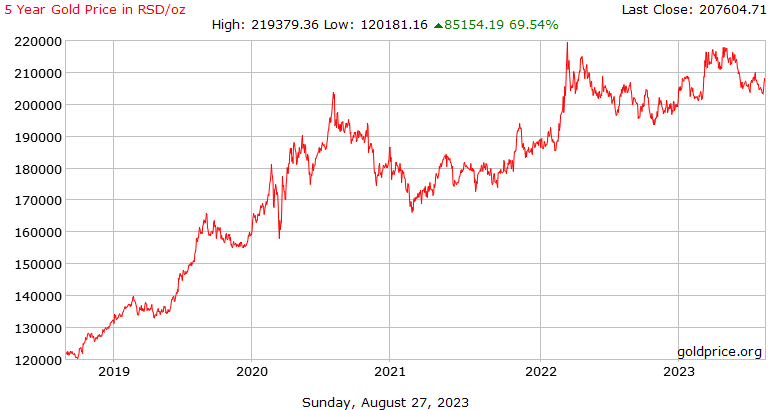 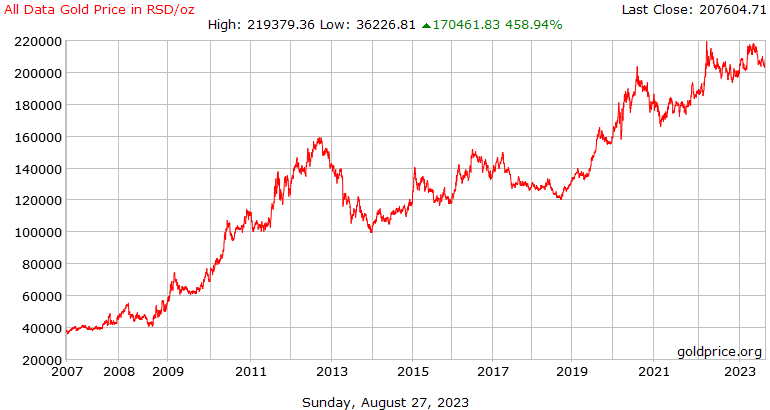 All Data Gold Price History in Serbian Dinar per Ounce

Serbia is known officially as the Republic of Serbia. The nation has a population of approximately seven million people, and the country’s capital is the city of Belgrade. The capital is one of the oldest and largest cities in Southeastern Europe. The official language of the nation is Serbian, and its government is a unitary parliamentary constitutional republic.

If you are looking to buy gold in Serbia, you will see prices quoted in the local currency, the Serbian Dinar. Prices may also be available in other global currencies as well, such as euros, U.S. Dollars, Japanese Yen or Great British Pounds. Gold is typically quoted by the ounce, gram or kilo, and may also be quoted in other local units of measure.

The Serbian Dinar has had several different versions throughout history. In fact, the earliest mention of a Serbian Dinar dates all the way back to 1214. The modern dinar replaced the Yugoslav Dinar in 2003 at par. All Serbian Dinar coins feature identical inscriptions, and are available in denominations of 1,2,5,10 and 20 dinari.

The Serbian economy is a service-based economy that functions as a free market. Serbia is involved in numerous areas of industry, also including base metals, food processing, sugar, pharmaceuticals, tires and more. The capital city of Belgrade is the nation’s financial capital as well, and most domestic and foreign companies in Serbia center their operations there. Serbia has abundant resources of coal, oil and gas. The country’s coal deposits are some of the largest proven reserves in the world, and exist in two separate, major deposits.

Serbia’s mining sector has been stagnant since the early 90s, but could potentially see a renewed interest and investment. The city of Bor, for example, once contained a copper and gold mine for Yugoslavia and has a history of mining that dates back to Roman times. Some believe that the country could be sitting on significant reserves of copper and gold, and studies could potentially verify this view

Any large discoveries of gold in the nation could set the stage for increased exploration and mining activity, and could become a major contributor to the nation’s economy.

Gold is available for investment purposes in various forms including gold bullion bars, coins, collectibles and even jewelry. Bullion bars may potentially offer the most cost efficient way to acquire more gold, as they typically carry the lowest per-ounce premiums and can be purchased in larger weights.